Cheekbone Fracture Claim: UK solicitor sets out how to calculate the amount of average claim payouts for broken zygomatic / malar bones in your face

Cheekbone fracture claim: Discover the different names that are used for the cheek bones; the different types of accident which can cause a broken cheekbone; examples of average compensation payouts for cheekbone fractured claims from the minor to the severe with free online specialist solicitor assistance with your claim.

What is a cheekbone fracture claim?

The cheekbones are two small prominent bones of your cheeks – they are on either side of the face under each of your eyes. 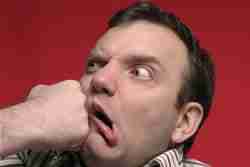 The cheekbone is also known as the zygomatic bone, malar bone or malar.

The most common injury to the cheekbone is a fracture or break – if you suffer such an injury (and believe legally that another is at fault for your injury) you could be entitled to make a cheekbone fracture claim for compensation.

It is always best to speak to a solicitor to help you determine whether another party is at fault for your cheekbone fracture claim.

What are common accidents which can give rise to a cheekbone fracture claim?

Motorcyclists are more prone to injury then many other road users using large vehicles. If you are knocked of your motor bike in a RTA and hit the floor – you will often suffer various head and facial injuries, including a broken or fractured cheekbone.

2. Pedestrian hit by a car

Pedestrians are the most vulnerable of road users and are often launched into the air when hit by a car, leading to multiple injuries on the way back down – including cheekbone fracture claims.

High speed crashes between cars and other motor vehicles can lead to facial injuries to both driver and passenger. Typically as a driver you can hit your face against the steering wheel, whilst passengers can collide with the dash board and head rests (if rear seat passengers) causing broken malar cheekbones thus giving rise to a cheekbone fracture claim for compensation.

Gravity is a formidable foe, which you will know if you have tripped and not managed to put your hands out to break your fall. Many people who fall unexpectedly, as at work (due to spillages, slippery surfaces or tripping hazards) can hit the floor with their face causing head and facial injuries including broken zygomatic cheekbones.

I have known workers to have been hit by falling objects, as on a building site, which can cause head and facial injuries and consequently cheekbone fracture claims.

5. Supermarket and pavement trips and falls

Spillages in supermarkets and objects left on the floor are a real hazard to customers – a slip, trip or fall at a supermarkets can lead to many types of injury, including a broken cheekbone claim.

In the same way defects in the pavement, which present a tripping hazard can lead to very serious injuries especially to older members of the public. Fractured and broken cheekbone claims are very common injuries in pavement highway trip accidents.

Some medical procedures involve reconstructing your cheekbones – clinical negligence can lead to fractures and other types of cheekbone injury claims.

How much are average compensation payouts for a fractured cheekbone claim?

The amount of average compensation payouts for your pain and suffering for a fractured cheekbone claim depends on the severity of your cheekbone injury, some examples for settlements calculated in 2018, include:

If you suffer a simple fracture to your cheekbone resulting in a complete recovery and no requirement for surgery you can expect an average claim payout calculator of between: £2,000 – £2,600

If your you suffer a simple fracture to your cheekbone requiring surgery to reconstruct the malar bone, but you do not suffer long-term effects after the surgery – your cheekbone fracture claim settlement amount is likely to be calculated between: £3,800 – £5,700

The worst type of cheekbone fracture claim will not only require surgery, but even after surgery you might be left disfigured. For such cases – average claim payouts are likely to be worth between: £8,900 – £13,900