What is a food poisoning claim?

A “food poisoning claim” is a claim for injury to your digestive system (your stomach and intestines) caused by eating food containing a large amount of bacteria. 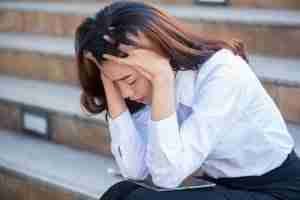 Bacteria are tiny living micro organisms, which exist everywhere. Some of which are harmful.

Certain types of harmful bacteria live on raw food and in the correct conditions can multiply extremely fast and reach dangerously high levels. If bacteria are eaten in high levels you can poison your stomach and intestines – which are the prime body parts used in the digestion of food.

The bacteria can poison your system in one of two ways – either by growing in your intestines and damaging the cell lining or by producing harmful toxins.

Bacteria on food can be killed if cooked correctly – a good example of this is salmonella, which is found naturally on chicken. If chicken is cooked thoroughly right the way through – the salmonella bacteria will be killed.

Food must also be stored correctly to prevent any small amounts of bacteria from multiplying – techniques include freezing, storage in a fridge, vacuum packing or adding preservatives such as salt, etc.

What are the names of bacteria which can cause food poisoning?

The name of the type of food poisoning derives from the type of bacteria which causes the infection of your stomach and intestines, which include:

Campylobacter is the most common type of bacteria, which can cause food poisoning. It can be found on: chicken and other poultry, red meat, unpasteurised milk and untreated water.

Salmonella is the second most common bacteria which can give rise to food poisoning claims in the UK. It is found in meat, poultry, eggs and unpasteurised milk.

Clostridium perfringens can be found in many foods, including meat and poultry. It can also be found in soil – so it is very important that food products are properly washed,

Listeria monocytogenes can be found in some cheeses and pâtés and can cause food poisoning and stomach pain if found in large numbers.

E Coli is generally a harmless bacteria – but certain types of E Coli can produce a poison, which can cause illness and stomach pains.

Bacillus cereus bacteria can be found on uncooked rice – supermarkets and other ready food suppliers go through an extensive process to ensure that this bacteria is eliminated to prevent food poisoning.

What are the symptoms and signs of a bacterial food poisoning claim?

Bacteria on food enter your body into the stomach and the intestine and as such your primary symptoms are to the digestive system and might include: diarrhoea, nausea, fever, vomiting, abdominal pains and cramps.

Some other signs can include hemorrhoids, irritable bowel syndrome even a reduction in sexual performance.

These symptoms can appear immediately following eating of contaminated or can present themselves over several days – as the bacteria multiplies.

Some bacteria can survive in your intestine for long time periods – the worst cases of food poisoning can cause death.

What should you do if you suspect you have food poisoning to help support a claim?

There are a number of things you should do if you suspect you have food poisoning that will ensure you are treated correctly and you have sufficient evidence to claim compensation, including:

1. Attend at hospital or GP urgently

Food poisoning can be quite serious (especially to the old or infirm) – in the worst cases it can cause death.

It is essential you attend at hospital or your GP for diagnosis, treatment ans so a record can be made on your medical notes. You may need a stay at hospital to properly recover.

The doctors should take a stool or blood sample to properly identify the relevant food poisoning bacteria. Your test may take a few days to come back.

The medical authorities are typically under a duty to report the matter to Environmental Health if a food poisoning bacteria is found.

Finding of the relevant bacteria is an essential piece of evidence your solicitor will rely on to make your food poisoning claim.

Be careful – food poisoning bacteria may only stay in your system for a short number of days. If you delay too long – it may be too late for the doctors to identify the relevant bacteria.

To make a claim you will need to prove where you purchased the food from, what type of food it was together with the date.

If you did not keep a receipt – you might at least have an entry in your bank statements showing the purchase.

3. Keep the food packaging and any remaining food

The food packaging is essential evidence – it will have a product number and batch number. This information will allow the food supplier to investigate whether there was a problem with that particular batch.

The supermarket might also test any remaining food samples you have.

Remember – If you were poisoned, it is very likely that others were poisoned too from the same batch of food.

4. Report the matter to the food supplier

By reporting the matter – the food supplier will be able to investigate, make a record of your compliant and perhaps stop others from becoming ill.

5. Keep a diary of your symptoms and financial loss and expense

See our article steps to take to support a personal injury claim.

Whom are you most likely to make a food poisoning claim against?

The most common places food poisoning claims are made against are food suppliers including: restaurants, hotels and supermarkets.

Quite often for a food poison claim to be successful a number of customers in a restaurant will have suffered similar symptoms and environmental health upon investigating the restaurant can determine the existence of bacteria in the food or in the kitchens.

How much compensation can you claim for a food poison claim?

A medical report is necessary from a gastric expert who will be able to set out the exact nature of the food poisoning you have suffered, the bacteria involved, the treatments necessary and any potential long term effects.

Based upon this report compensation amounts for your pain and suffering can be determined by your solicitor, some examples for average payouts in 2019, include :

Food poisoning claims which lead to diarrhoea for a few days or weeks with stomach cramps gives rise to a compensation calculator of: £800 – £3,500

More severe food poisoning which can cause stomach cramps, fatigue, the need for a stay at hospital – with symptoms lasting less than two years leads to average claim payouts of: £3,500 – £8,400

In the most severe types of food poisoning claim symptoms can include vomiting, fever, attendance at hospital, haemorrhoids, irritable bowel syndrome, impact on working life, social life and sex life. Compensation settlements in this instance have a significant range from: £8,400 – £46,000

In this article we have explained what you should do if you suspect you have been poisoned by food and provided examples of the amounts of compensation you can claim.