Nose Fracture Claims: How much compensation for nasal fractures in UK accidents by specialist solicitor

What are the parts of your nose which can be injured in nose fracture claims?

Your nose is primarily made up of two oblong nasal bones, the septum (bone and cartilage which separates your two nostrils), nerves (which give you your sense of smell) and the nasal airway which runs from the back of your nose to your lungs (allowing you to breath through your nose).

The bridge of your nose is situated at the top of your nose where the two nasal bones and the nasal septum meet.

How do you know if you have a broken nose?

The symptoms of a broken nose can be extremely painful and can include bleeding and swelling.

A doctor will determine if you have a fractured nose by feeling the bridge of your nose. If a displaced fracture is observed your doctor can sometimes manipulate the nasal bones back into their correct position by using his hands.

What are nose fracture claims?

If your suffer a broken nose as a result of an accident which someone else is considered to be “legally at fault” or “legally responsible” for – you should be entitled to claim compensation. Such claims are known as “nose fracture claims” or “compensation claims for personal injury”.

Your nose could have been fractured in a car accident, work accident, as a result of clinical / dental negligence or have been injured by a criminal act of violence.

The amount of compensation you can claim for pain and suffering will depend on the nature of your symptoms, the extent of your injuries and the duration of your symptoms.

Your injuries must be set out in an independent medical report which your solicitor will obtain on your behalf from a specialist Ear Nose and Throat (ENT) consultant.

Examples of how much compensation you can expect for nose fracture claims settlements in 2020, include: 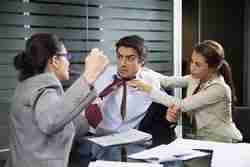 A simple fracture of the nasal bones, which did not require manipulation to heal and with no symptoms of pain would attract a compensation settlement calculated at: £1,500 – £2,200

If your broken nose was displaced (bones not in line) and manipulation at hospital or by your GP was necessary (using the hands to manipulate the bones into their correct position) would lead to nose fracture claims settlements calculator between: £2,200 – £2,800

If you suffered a serious broken nose which required surgery to correct or multiple fractures of the nose with a permanent damage to the airways, difficulty to breathe, deformity to the face, nerves or tear ducts – you could expect compensation amounts calculated between: £3,500 – £20,500

4. Total loss of sense of smell and taste compensation settlements

If your fracture leads to a loss of your sense of smell and taste – your compensation settlement payout is likely to be between: £16,000 – £34,500

For more details of payouts for for different degrees of damage to your sense of smell and taste – see our article taste smell compensation payouts.

On this page you have seen the parts of your nose that can be injured in an accident with examples of how much compensation you could expect for nose fracture claims settlements for various different degrees of injury.