Find out how a mother can make a fatal bus accident claim for serious injury to her daughter after being hit by a bus leading to her death after a year.

My daughter was living in Birmingham. A year and a half ago she was crossing at a pelican crossing when she was hit by a bus.

Witnesses say that she was crossing when she had a green man. The police also indicated they were investigating the accident and obtained the CCTV evidence from the bus. I understand that the bus driver was prosecuted for dangerous driving.

My daughter had serious injuries, including head injuries and was taken by air ambulance to hospital.

At hospital she was found to have multiple fractures to her lower limbs and also a serious head injury requiring surgery.

After the surgical procedures she was in an induced coma, but a month later she seemed to improve and regained consciousness.

She remained in hospital for a further year receiving various treatments, but sadly suffered a stroke and died suddenly. The inquest revealed the stroke was as a result of a blood clot from her accident causing an embolism in the brain.

She was single and left a will naming me as her executor and sole beneficiary.

Is there any type of compensation that can be claimed for all my daughter’s trauma and her eventual death?

Fatal accident claims are complex and without a detailed discussion it is difficult to give you a precise answer.

However, from your description my initial thoughts are as follows:

Claim made by the deceased’s estate

As there were no children, financial dependents or spouse – the primary claim for your daughter’s suffering would be made on behalf of her estate and you as the executor (on receipt of the grant of probate) could provide the instructions.

A claim made on behalf of the estate – is really your daughter’s claim in her absence. This would proceed in a similar way that a claim in life would be made, but would be affected by the fact that she died a year after the accident albeit as a result of the accident.

Claim for pain and financial loss

The claim would primarily include two aspects:

1. The pain, suffering and loss of amenity for all the injuries she experienced lasting in essence for the rest of her life and financial loss and expenses.

2. Financial loss and expenses as a direct result of the accident.

I have written several articles on this site describing what these losses are and two articles you will find of use for further reading include:

The claim would be made against the bus company as the employer of the bus driver that hit your daughter. An employer is known to have vicarious liability for the torts of its servants – or in plain speak, to have legal responsibility for errors made by employees.

You have indicated that he was already prosecuted for dangerous driving, so it is likely that liability will not be disputed. 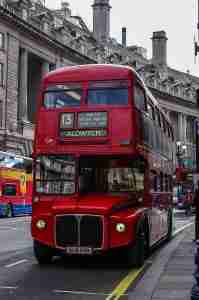 I any event – the police who attended at the scene will have produced a police report, which would include statements from witnesses as to the colour of the lights at the time your daughter crossed the road.

Also – as a company was involved there could be further punitive damages that can be claimed against a business as part of the fatal bus accident claim.

For the sake of completeness thought would need to be given as to whether there were any parties that could be considered for a Fatal Accident Act claim. Typically however these are a spouse, children, dependents, etc.

I have written an article describing who are entitled under such a claim and what the can be claimed in such circumstance.

One last thought – although these seems unlikely given your description, thought would need to be given as to whether there was any medical negligence by the hospital that was treating your daughter. It is possible that the blood clot could have been missed by the treating doctors or precautionary blood thinning treatments not properly given.