Still Birth, Miscarriage, Neo Natal Death Claim: UK solicitor sets how to claim compensation if hospital negligence causes the loss of your infant before or after birth

What is a still birth, miscarriage, neo natal death claim?

A still birth, miscarriage, neo natal death claim involves hospital clinical negligence resulting in the death of an unborn child or death of a child shortly after birth.

Until a child is born alive the UK law currently does not recognise that child as a ‘’person’’ for the purpose of the Fatal Accidents Act. 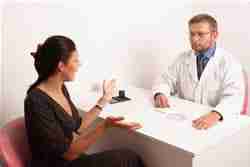 UK common law (the law derived historically) indicates that no person has an interest in the life of another and therefore should not be compensated for the death of a person save where legislation, such as the Fatal Accidents Act, allows a bereavement award to be made for the pain and suffering for the loss of a ‘’person’’.

A still birth or miscarriage claim is therefore a claim for compensation to the would be mother, based on her own physical injury and trauma to her person caused by the loss of a potential child.

Once a child has been born alive and then dies, even if this is very soon after birth, the mother is entitled to an award similar to an bereavement loss under the fatal accidents act, which is currently in the region of £13,000 as specifically set out in the Fatal Accidents Act 1976

How much compensation can be awarded for a still birth, miscarriage, neo natal death claim?

It is very difficult to quantify the amount of compensation that can be awarded for a still birth, miscarriage, neo natal death claim – but some guidelines are as follows:

If however there is a significant psychiatric injury or the women will have difficulties in the future having children this award will be substantially larger.

The amount of compensation that would be awarded for still birth is quite difficult to assess. As the child was not alive at birth that child is not considered a ‘’person’’ in the eyes of the law and a bereavement award under the Fatal Accidents Act should not be made. However case law has shown that in reality awards are made which show a similar level to the bereavement loss currently in the region of £12,000.

Once the child is born alive it is considered a “person’’ in the eyes of the law and as such in theory the Fatal Accidents Act will apply and as the child is under 18 years of age the parents are entitled to a bereavement loss award currently in the region of £13,000.

What should you do if you feel you have a potential still birth, miscarriage, neo natal death claim for compensation?

If you believe you have a possible still birth claim, miscarriage claim or a neo natal death claim as a result of clinical or hospital negligence the first step you should take is to make a written complaint to the hospital authorities typically the NHS trust.

A written complaint should always be made if you have suffered from potential clinical negligence, so that the hospital will have the opportunity to make representations and investigate your allegations. The NHS trust will thereafter respond in writing