Accident Claim Going To Court: Find out how a trial is the final step in a personal injury claim when legal fault is not accepted or the amount of compensation offered is insufficient

What does an accident claim going to court mean?

There are three potential meaning of an accident claim going to court, as follows:

When your accident claim is issued at court – it means that your claim has been lodged at court and stamped (sealed). This paperwork is then served (formally sent) on the person believed to be at fault (Defendant) and the insurers.

Click issue court proceedings to see the detailed article I have written explaining what this step actually means.

Prior to the issue of proceedings – it is usual that the insurer of the person you hold at fault will deal with the legal aspects of the claim.

An “admission of liability” refers to the process of the Defendant accepting legal fault.

Alternatively, liability (legal fault) might be accepted, but a dispute might remain as to the calculation of the value of the compensation payment you should be entitled to recover.

If the legal fault (liability) is not accepted – your accident claim will go to court for a trial on liability (who is at fault) and quantum (the amount of compensation). This is the last stage of the court process. 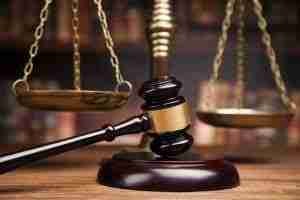 Therefore, an accident claim going to court – simply means a final trial hearing before a judge who will see all of the written evidence; listen to oral evidence with cross examination and hear the arguments from your solicitor and the Defendant solicitor to help make a decision as a matter of law who is believed to be at fault.

If the judge finds the Defendant at fault – he will then go on to calculate the amount of compensation you should be entitled to recover in the same trial hearing.

Once a trial is determined in your favour – it is at this stage the Defendant and his insurer will have no choice, but to make a payment to conclude your claim in the sum decided by the court.

When liability is accepted by the person at fault, but an agreement cannot be reached as to how much compensation you should recover then a quantum only trial also known as an assessment of damages hearing will take place.
An accident claim going to court for a quantum only trial – means that the judge will only see and hear evidence relating to your injuries and the extent of your injuries. This evidence will be given by experts (such as medical experts who produced reports for your claim) and by yourself (you are considered a witness as to fact as to the symptoms you have and are experiencing).

What does it mean when your solicitor tells you that you will have to “go to court”?

As an injured party – an accident claim is made on your behalf by your solicitor. Your solicitor will take all the necessary steps to build your claim – gathering evidence, instructing experts and liaising with the party at fault.

When a trial takes place – the judge will need to see and hear all of the evidence, which will include your oral statement as to the accident circumstances and the extent of your injuries.

Your written statement together will all of the other evidence will have already been submitted to the court in a trial bundle. This bundle is indexed by your solicitor and numbered.

The court is looking to see that your oral evidence is consistent with your written statement and to listen to your answers when the Defendant solicitor or barrister cross examines you.

Cross examining refers to the process of putting questions to you about your evidence.

The process sounds quite intimidating – but when you tell the truth, a trained judge will quickly see that your are giving an honest account and you will be considered a credible witness.

Does an accident claim going to court for a trial happen often?

It is very common that a personal injury claim will be issued at court, but quite rare a trial will be necessary to finally settle the matter.

A trial is an expensive step that will have to be met by the person at fault should the claim be lost, so the practical reality is that claims typically settle prior to trial to avoid unnecessary legal costs being incurred.

Your claim can settle at any time prior to trial. Claims have even been known to settle on the day of the trial just before entering the court for the trial to commence – this is know as Settling “on the door of the trial”