Passenger Injury Claim: How to claim compensation for personal injury as a passenger in a motor vehicle driven by another

Passenger injury claim process: find out how to claim compensation if you are a passenger in a motor vehicle; how to claim from your driver or another vehicle driver; how you compensation might be reduced if your own negligence has contributed to your own injury; what happens when a driver is not insured; the implications of claiming when a criminal act occurs with free specialist solicitor online help.

Use our quick find links below to jump to a section you are interested in or follow the article in order to have a comprehensive understanding.

If you are a passenger in a car, works van, taxi, bus or a pillion passenger on a motorcycle – the driver of the vehicle owes you a duty of care to keep you safe and not to cause you injury or loss as a result of negligence. A breach of this duty through negligence will likely lead to a successful passenger injury claim.

A few examples will help illustrate this duty:

A driver who loses control of his vehicle and results in a collision with a stationary object (such as a road barrier), hits another vehicle (such as a collision with an oncoming car) or exits the road causing the vehicle to flipped or turned (such as driving into a roadside ditch) will be liable to pay you compensation in a passenger injury claim.

2. Passenger injury claim when driver makes an error leading to a collision with another vehicle

There are many examples of driving error, which typically stem from failure to observe the Highway Code. This might be a collision with another vehicle from failure to stop at a red light, pulling out of a side road when the main road is not clear, failing to give way to vehicles coming from the right when entering a roundabout.

Here, even though another vehicle is involved, the driver (via his/her motor insurer) would be liable to pay you compensation if you suffer injury as a result of the collision.

The driver’s duty is not only for control of the vehicle itself, but also in warning passengers of potential dangers/vehicle defects or ensuring a passenger can alight (leave) the vehicle safely.

For example: A driver may have legal liability if a window on a car known to be defective falls out hitting a passenger in the head, a lorry driver knowing his route will go over broken potholed lanes should warn a standing passenger of the dangers, a taxi driver stopping his taxi in the middle of a dual carriageway and requiring passengers to get out resulting in one being hit could be liable for a passenger injury claim. 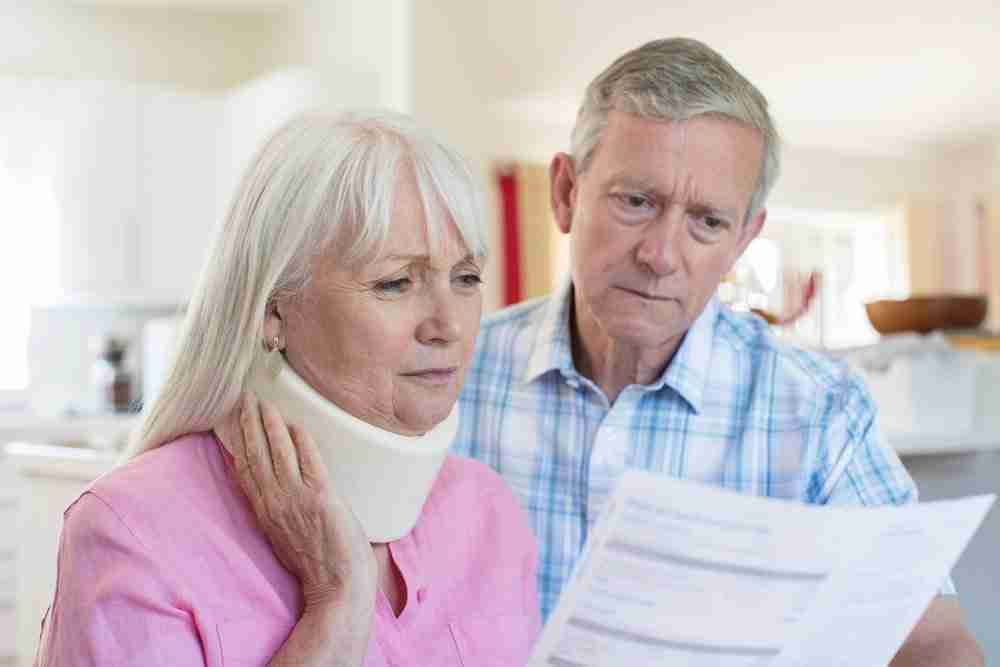 Road Accident Due To Another Vehicle Driver Error

If the vehicle you are travelling in is involved with a collision with another vehicle and that collision was caused by the driving error of the other road user, typically your passenger injury claim would be made against the other driver.

See proving liability in road accident claims as to how to show another driver was at fault for your road accident.

If the driver of the vehicle you are a passenger in also suffers injury – it is often best to have a different solicitor act for the driver and you as the passenger. This is because the other driver may allege negligence from your driver and if such occurs there may be an element of liability from your driver – a solicitor therefore acting for you both could therefore have a conflict of interest and have to stop to act for you or the driver.

As a passenger you may be considered partly responsible for making your injuries worse or accepting risks of an accident occurring. This is known as contributory negligence and can lead to the amount of compensation you will be awarded in your passenger injury claim being reduced by a percentage.

The most common examples of contributory negligence reducing passenger injury claims, include:

1. A passenger failing to wear a seatbelt

Each of these scenarios is subject to expert evidence to prove and the usual deduction is therefore 25% albeit it is for the Defendant (person at fault to prove contributory negligence).

2. A passenger accepting a lift from a drunk driver

If you accept a lift from a driver that you know to have drunk too much the compensation in your passenger injury claim could be reduced by 20% for contributory negligence.

The wording used in most recent case law states “a passenger may be guilty of contributory negligence if he rides with the driver of a car whom he knows has consumed alcohol in such quantity as is likely to impair to a dangerous degree that driver’s capacity to drive properly and safely”.

There are many other interpretations of when a passenger is deemed to have known – for example compare the scenario of drinking with a friend and seeing the amount of alcohol consumed before accepting a lift with bumping into a friend who says he has just had one shandy, but turns out to be over the limit when he crashed the car you are a passenger in.

3. A passenger allowing himself to be carried in a dangerous way

There are many examples of how passengers might consent to be carried in a vehicle in a dangerous way – for example, sitting in the boot of a car (when the car is too full with other friends) or sitting in the back of a pickup truck.

If an accident happens you would expect a significant reduction in your passenger injury claim compensation depending on the extent of the risk you had taken.

Claiming when the driver who caused the accident was not insured?

Generally, if the driver who caused the accident was not insured a claim can be made via the Motor Insurers Bureau / MIB who would act as though they were the insurer of the insured vehicle.

See our article road accident motor insurance and the MIB.

Be careful: A difficulty may however arise if you knew the driver was not insured yet still accepted a lift and was injured by that driver’s negligence. It would depend on the circumstances – but some cases show that a passenger injury claim will succeed against the driver, but the MIB could refuse to payout.

Can compensation be claimed if the road accident occurred as part of a criminal act?

Generally speaking in law there is a term known as “Ex Turpi Causa” meaning “criminals should not recover damage which arises from their own illegal act”, but if the illegal act did not actually cause the accident then there is an argument to say that compensation could still be claimed.

1. Thieves who have just robbed a bank when the driver crashes the car due to excessive speed in attempting to make a getaway. Here the criminal act is cause of the accident so there would be no passenger injury claim possible.

2. A driver travelling within the speed limit hit by another car pulling from a side road – the car was found to have illegal cigarettes in the boot and was in the process supplying them illegally. Although – the driver and passenger were acting illegally this in no way caused the accident, so it is likely here that a driver and passenger injury claim would succeed.

Deciding Whether To Make A Passenger Injury Claim