What is an allocation questionnaire?

An allocation questionnaire (sometimes referred to as an AQ) is a document sent by the courts in England and Wales to the parties in a civil action. The parties are typically known as the Claimant and the Defendant. 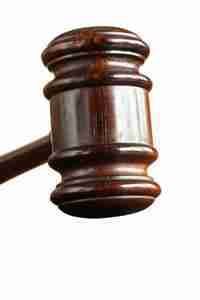 The allocation questionnaire sets out a number of questions, the answers to which are used by the court to decide what track a claim should proceed under.

The court inserts a deadline for return of the allocation questionnaire – which is the same date for both the Claimant and the Defendant.

It is even possible that your claim might be put at risk of being “struck out” for failure to comply with a necessary stage in the court process should you fail to complete and return the allocation questionnaire.

What factors in an allocation questionnaire determine the track a compensation claim should proceed under?

The primary considerations the court uses to decide which track a compensation claim should be allocated to are:

2. The amount of compensation being sort – the larger the claim the more detail necessary in the eyes of the law.

3. The complexity of the compensation claim – some types of compensation claim are considered difficult by the very nature of the claim, such as industrial disease claims (deafness, breathing related disorders, vibration white syndrome) and clinical negligence (GP error, hospital negligence, dental mistakes). Such claims will take longer to determine by the courts.

What are the 3 court tracks a compensation claim can be allocated to?

A “track” is used to set out a standard process by which a claim for compensation proceeds through the UK courts – which includes the type of evidence which can be produced at trial and how long the you have to produce such evidence.

If you have a higher value or more complex claim – the courts in England and Wales will allow you to produce more evidence to support you claim and have a longer timetable to obtain this evidence.

The 3 tracks in England and Wales are:

Generally claims of this size are considered by the eyes of the law to warrant little work and are sufficiently small not to need the involvement of a solicitor. As such – legal costs of representation cannot be claimed from the person at fault.

Most claims in England and Wales proceed in the fast track.

Fast track claims – include personal injury claims worth over £1,000, but less than £25,000. The higher amount of £25,000 includes property damage (such as vehicle damage, lost income, etc. BUT the pain and suffering for the injury itself must always be worth over £1,000.

The timetable set by the court up to trial is typically a 6 month timetable – in addition to compensation you will be able to claim your legal costs from the person at fault.

Such claims are believe to require more time to resolve and you will typically be allowed to obtain all the evidence necessary to support your claim: including various medical reports from experts of various disciplines if necessary.

The court will set a timetable in a hearing known as a case management conference and you can always apply for more time or request the court’s permission to allow you to obtain additional evidence if necessary.

Legal costs can be quite large, but can be claimed in addition to your compensation entitlement from the person responsible for your injury.

When is an allocation hearing necessary?

There are a number of occasions when an allocation questionnaire will be not be considered sufficient by the court, which include:

1. The Claimant and the Defendant do not agree in the allocation questionnaire sent to the court which track is the most appropriate for the claim – the judge will wish to discuss this with the parties at an allocation hearing to make a decision.

2. One or both of the parties fail to return the allocation questionnaire to the court – the judge will not be impressed if this happens and can impose a cost penalty on the party who is in default.

3. The Claimant and Defendant have agreed in the allocation questionnaire to a track which seems inappropriate – the judge will need to be convinced at a hearing that the requested track is the correct one.

On this page I have set out how an allocation questionnaire is used to decide which court process should be followed to make your accident claim, including an explanation of the three primary court tracks.