Discover all about criminal injuries, how a criminal injury claim is different from an accident claim and when you are entitled to claim UK criminal compensation for an injury caused by an animal or a motor vehicle.

What is a “criminal injury”? 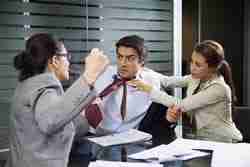 “Criminal Injury” is the name given to the personal injury suffered by a victim of a “crime of violence”. The injury can be both physical and mental.

Is your criminal injury claim an accident claim?

“No” – the violent act that leads to your criminal injury is known as an “incident” as it is a deliberate act by a criminal offender. All other types of personal injury claim are caused by an “accident” – the person causing the injury did not deliberately intend to do so, but did so accidentally.

Are there any exceptions that allow you to make a criminal injury claim when you have been injured by accident?

“Yes” – there are three exceptions which will allow you to make a criminal injury claim even though your injury was caused by accident:

1. You are injured by accident through your unintentional involvement in the prevention of a criminal offence.

You could be an innocent member of the public in the wrong place at the wrong time – such as an innocent bystander injured as a police officer struggles to arrest a violent criminal.

2. You are injured whilst attempting to fight a fire caused by arson.Imagine you see a burning building with people still inside and in an attempt to put the fire out you are badly burned. You should still be a able to make a criminal injury claim for compensation as you were injured as a direct result of the criminal act of arson.

3. You are injured accidentally whilst taking an “exceptional risk” to your own safety in an attempt to prevent a criminal offence. Imagine you witness a mugger snatching a handbag on the street and you give chase resulting in you tripping and injuring yourself. If you are an ordinary member of the public it is likely you will be able to claim criminal compensation for your injuries as you took an “exceptional risk” to your own safety.

If you are a police officer the test for “exceptional risk” is higher – if you were to trip chasing a mugger it is unlikely you would receive compensation as your specialist training should have been sufficient to avoid a tripping injury.

Can you make a claim if you are injured by an animal attack?

“Yes” – an animal attack in the UK normally involves a dog and there are two main situations when a compensation claim is likely to be successful:

1. The person who had control of the dog deliberately set it on you.

2. The owner of the dog was aware that it was dangerous and allowed it out without suitable restraint. An example of this would include a dog that has previously bitten its owner and yet is still let outside without a lead resulting in an attack and your injury.

Can you make a claim if your injury was caused by a motor vehicle?

“Yes” – but only if the vehicle was used as a weapon and the driver deliberately drove it at you with the intention of causing you injury (even in these instances  – the possibility of claiming from the vehicle driver’s insurer might still be considered).

Click criminal injury claim to find out what you must do to ensure you can claim compensation from the Criminal Injury Compensation Authority.