Personal Injury Settlement: Should I accept a part 36 offer made by the solicitors acting for a guilty driver in my UK road traffic accident claim for compensation?

I have had two separate road traffic accidents within 5 months both of which were not my fault. 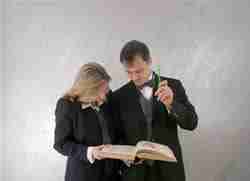 I have just had surgery on my spine replacing two discs in my neck which had bulged and trapped a nerve. My first solicitors are saying that operation is not connected with the first accident, so cannot form part of the claim.

A Part 36 personal injury settlement offer has been made and I have 21 days to accept, which I have been advised is a good offer. My solicitor has told me that if I do not accept and the claim goes to court I could lose and would have to pay court costs.

I am asking my first solicitor for more time while my second solicitors receive medical evidence to show if the first accident is part to blame or not.

My second solicitor does not want to give me more time and flatly refuses any dealings with the second accident.

Can I ask him for more time to consider the personal injury settlement offer so as to obtain medical evidence in my second road traffic accident claim?

As two road traffic accidents have occurred in a short space of time causing injury to your cervical spine or neck – the process to determine how much each accident contributed to your final injury is not a straight forward process.

To decide whether to accept a personal injury offer of settlement you must be sure which accident caused which injury and to do this I recommend you consider the following issues:

1. What is the medical evidence currently available in your road traffic accident claims?

Generally in personal injury claims a medical report should not be obtained within the first 6 months of an accident so that an expert can properly evaluate ongoing medical symptoms.

You are really having difficulties, because you do not have the same solicitor acting in both of your claims. The first solicitor is evaluating you claim based on the evidence in front of him as is the second solicitor and both are advising you without communicating with each other.

If you had the same solicitor acting in both claims you would find the advice would be more consistent as that solicitor would possess the full facts.

I suggest you ask your two solicitors to telephone each other to discuss their differences and advise you accordingly as it is impossible for you as a non-legal professional to decide what is for the best.

Again – it is for your solicitors to advise you if this is the case based on the evidence, but it might be the case that your first solicitor believes this to be the situation and as such wishes you to accept the Part 36 offer before the first guilty party becomes aware that the second accident has occurred. This knowledge could reduce your compensation entitlement and result in the Part 36 offer being withdrawn.

4. What is a personal injury settlement Part 36 offer?

This is a formal offer of a sum of money which stays open for 21 days. It is made in accordance with Part 36 of the Civil Procedure Rules 1998, hence its name.

After 21 days the offer can be accepted out of time only with the permission of the opposition and there could be a cost implication of this.

You as the client make the decision whether to accept a Part 36 offer or not – your solicitor can advise you, but cannot accept without your instructions to do so.

5. How do you complain if you are being pressurized into accepting a personal injury settlement Part 36 offer

Click road traffic accident problems solicitor to see what you can do if you wish to complain about how your claim is being handled.