Whiplash Scotland: I suffered a whiplash injury in a car accident in Scotland and I wish to claim compensation from England – is the claims process the same throughout the UK?

Whiplash Scotland: I suffered a road traffic accident in Scotland, but I live in England. The Citizens Advice Bureau tell me that I must make my whiplash claim in Scotland.

Can you tell me if the law in England and Scotland is the same, as each country is part of the UK, and if so can I use a local English solicitor to make my claim? 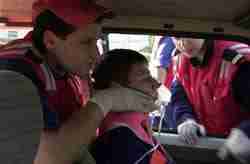 If you have suffered a whiplash in Scotland you can either make your compensation claim in the Scottish courts using a Scottish solicitor or using European law commence a claim in England using an European RTA Solicitor.

1. The law relating to accident compensation claims is not the same throughout the United Kingdom

The three legal jurisdictions in the UK are:

i. England and Wales

The accident compensation law the same in both of these countries, so a solicitor qualified in English law is qualified to make a claim in either country.

Scottish accident compensation law is similar in many respects to that in England, but some very significant differences exist, for example “no win no fee” agreements are available in England, but not in Scotland. A Scottish solicitor must make your whiplash claim in Scotland.

2. If you have a whiplash accident in Scotland, but you live or reside in England, which country must you make your claim in?

Generally, you would make your whiplash claim in Scotland as this is the country where your road accident occurred, but EU law also permits you to commence your claim from the country of residence (so long as in the EU).

You could therefore commence a claim either in Scotland or England.

3. Must you use a Scottish solicitor to make your whiplash claim in Scotland?

If you are to commence your whiplash claim in Scotland, you must use a Scottish lawyer to make your  claim, but this does not mean you need to travel to Scotland to see your solicitor – it is now common place that compensation claims are dealt with over the telephone and by letter. A compensation solicitor does not have to ever meet his client in person.

If you wish to commence your claim in England – you would need the assistance of a European road accident solicitor. It would be very unlikely your local solicitor would have the requisite expertise.

Be aware that if your UK road accident claim reaches the trial stage you would be required to attend in a Scottish court to give evidence. Do not be concerned – it is very rare that road traffic accident claims reach trial stage – well over 90% of compensation claims settle before trial.

4. How can you select a top Scottish lawyer to make your whiplash Scotland claim?

I would be glad to help you make a claim from England or have a Scottish specialist RTA lawyer contact you free of charge to discuss your claim.