Solicitor explains how the fatal accident bereavement compensation amount you can claim for the loss of a loved one varies across the UK; see the amounts that you are entitled to claim in England, Wales, Scotland and Northern Ireland; the other sums that can be claimed following death and how the estate can claim for pain and suffering for the deceased if death was not instant.

The sum of money paid for fatal accident bereavement compensation differs across the UK depending on which of the three legal jurisdictions the fatality occurred. 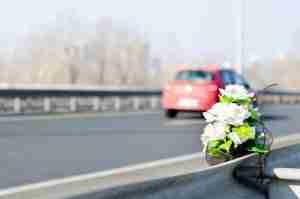 To read about bereavement payment & other damages (dependency claims, funeral expenses) that can be claimed following a fatal injury see our fatal accident compensation article.

At the time of writing in 2019 the sum awarded for bereavement compensation in England & Wales is set at £12,980. This sum can be changed by the government as set out in the Fatal Accidents Act, but it has not increased for the last 6 years and the last increase with relatively modest.

Compare with Northern Ireland – the same fatal accident would attract £15,100 and this sum is due to be increased regularly.

In Scotland – the sum for fatal accident bereavement compensation is not capped. It is decided on a case by case basis depending on the specific circumstances of the claim.

Remember – if the deceased was not killed instantly in the accident then his estate (whether a will was made or not) could claim an additional sum for pain and suffering from the accident to death. The longer the deceased survived and the more aware he was – the higher the sum that could be claimed.