UK solicitor sets out when compensation should be released to son and daughter following a road traffic accident.

My son and daughter were awarded compensation when their dad was killed in a road accident.

They are 12 and 13 years of age. We have been told that the compensation money will be paid into the Court Funds Office until they are aged 18 years.

Is it possible that they can get the compensation before they are 18 years old?

Compensation monies offered on behalf of a minor (child under the age of 18 years) must be authorised and retained in court until a child reaches the age of majority (18 years). 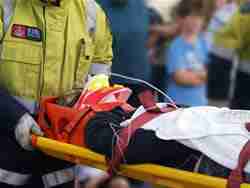 Some money can be release before the date if an application to the court is made and the court is satisfied that money is to be used for the educational benefit of the child.

In a fatal accident there are different types of compensation which can be received. I imagine that there will be a sum for a bereavement loss – the pain and suffering for losing their father, which will always be retained by the court.

There is also likely to be a dependency claim – primarily the loss of financial support and fatherly tasks lost. Such sums might be released earlier than the age of 18 years so that the child can be supported until the age of 18 years.

This area of law is quite complex – click fatal accident claim to see the page I have written setting out all of the stages to making a claim following a fatal accident.

Click child injury claim to see the process of claiming compensation for children.

Click father killed in road accident son daughter compensation claim to access free online assistance with your claim or to speak to me in person.