We purchased a new fridge freezer from a kitchen appliance store. It was delivered and installed by the store and we were told not to turn it on until the next day to let the fluids settle.

As instructed, we turned it on for the first time the next day and that night we were woken up by the smoke detector sounding. We quickly realised the house was on fire & was blocking our exit, so we called the fire brigade who rescued us from a bedroom window and put out the fire.

An investigation took place and we were told that the cause of the fire was the fridge freezer. The fridge had a fault and caught fire, causing a fire in kitchen, spreading toxic smoke through the whole of our terraced house.

We were in the house with the fire for about an hour and thick black smoke was billowing into our bedroom. It was a terrifying experience.

An ambulance attended at the scene, we were given oxygen and later at hospital tests were done showing severe carbon monoxide poisoning – the content of carboxyhaemoglobin in our blood was found to be over 30%.

Both my husband and I have a cough, breathing difficulties and chest pains – we have been referred to see a specialist at the hospital for smoke inhalation.

We later learned that there had been other reports of fires from the same make of fridge freezer. We understand a recall of this particular fridge has now been commissioned by the manufacturer.

As well as our carbon monoxide poisoning and breathing difficulties, I am struggling sleeping at night due to nightmares. In the day I suffer from flashbacks and panic attacks.

We also lost a lot of property in the fire.

Is there a possibility of compensation for a faulty fridge fire?

There would seem to be a strong possibility of a claim from the manufacturer for product liability. It would need to be proven that the fridge was defective and this defect led to injury & property loss.

You have already indicated that an investigation revealed the faulty fridge fire as the cause of the house fire and the recall of the model is supportive of this fact. 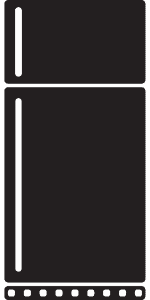 The claim would primarily be against the fridge freezer manufacturer.

Your claim would be for compensation for personal injury, property damage and any other financial losses and expenses.

It sounds that the carbon monoxide poisoning was severe with a reading of over 30% carboxyhaemoglobin in the blood.

The extent of the carbon monoxide poisoning would need to be explored by an independent medical expert for the purpose of the claim. The expert will examine you, have access to your hospital and GP notes to produce a report describing the extent of your injuries, how long any ongoing symptoms may last and any permanent damage that might have been caused.

In addition, you would likely need to be assessed by a further medical expert for psychological injury, such as post-traumatic stress disorder or some other form of adjustment disorder.

For the symptoms and risk of carbon monoxide poisoning and smoke inhalation – see the NHS online guidance.

Deciding on whether to claim compensation for a faulty fridge fire

We find the most people prefer to discuss making a claim before deciding whether to go ahead. We offer a few free services – direct dial calls to our specialist solicitors, ask a legal question and online assessments.