Roundabout Collision Changing Lanes: How to make a claim for compensation when your insurer tells you the other driver denies the collision occurred

When a roundabout collision occurs when changing lanes it is common that one party may deny the accident occurred in the true manner. Find out in this question and answer what you can do if the driver at fault makes off and when traced by the police denies that an accident occurred and as a result your insurer is unwilling to proceed with a claim on your behalf.

Last year, my son was in her car travelling around a roundabout in Sheffield, when a driver in the lane next to her attempted to move into her lane and collided with the rear quarter of her car. She stopped and so did the other driver as he was unable to move.

It was a very busy roundabout at rush hour, so my son was not keen to get out of his car to exchange details on the spot especially as the other (male ) driver had already angrily gestured for him to get out of the way. He noted his number plate and make of car and a description of the driver. They moved off the roundabout to where my son went to pull over having assumed they would both stop, but the other driver drove away.

My son then notified the Police and his insurer, as required, sending dashcam footage too, hoping the Police would locate the driver quickly. It later transpired that the dashcam footage was inconclusive. It was front facing and although the Police say the impact could be heard, it could not be seen. 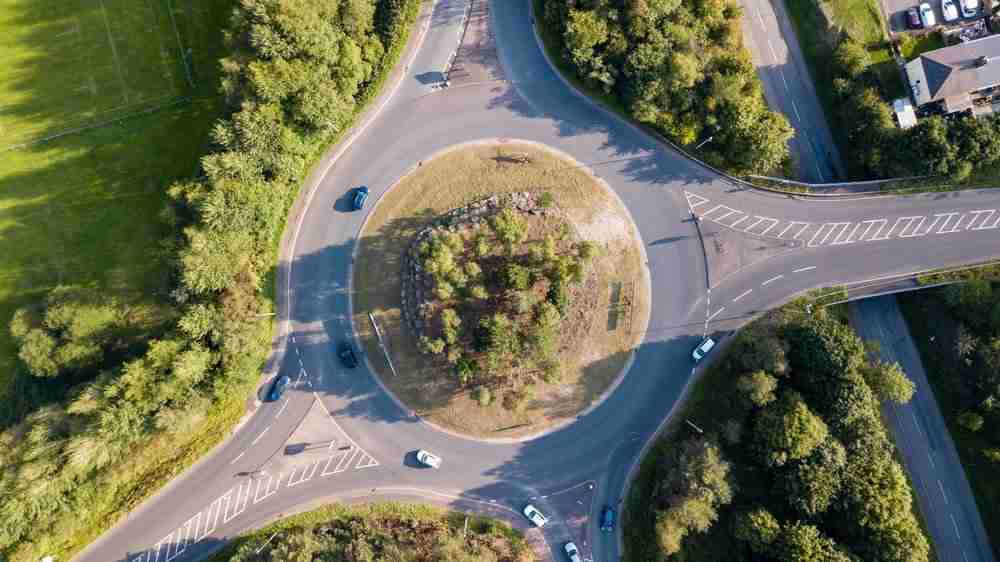 Looking at the footage, it is clear what happened as the only car (of all that were visible in the footage immediately preceding the impact, including the third party), not to go past my son’s stationary car was the one that was pushed up against him unable to move, the third party. You can see other cars going out around him.

After 3 days my son contacted the Police to find out what was happening. They were still trying to trace the driver. He spoke to his insurance company, who said that without a third party, there was nothing they could do.

After some time, it emerged that the driver who made off had been traced, but claimed he was not aware of any collision taking place. The Police did nothing more and my son’s  insurance have done nothing either except send the dashcam footage to the third party insurer, who claimed they could not view it.

There are CCTV cameras on this roundabout, so my son asked his motor insurer to request permission to look at them, but his insurer took so long to request footage that it had been deleted. His insurer knew it would be deleted after 28 days, as they told us that, but did not act in a timely manner.

The Police sent a letter stating that they would not be proceeding against this driver as there were no witnesses and that he claimed that he was ‘unaware’ of the collision. On this letter were his name and address, as was my son’s name and address on the letter they sent to the driver at fault. This was worrying for my son, especially as the third party had reacted so angrily at the time, but the Police said it was standard, if details were not exchanged at the time. This wasn’t my son’s fault, as the other driver drove away.

As it happens, my son spoke with the driver at fault as he was in the vicinity of his address one day soon after. With his consent, my son took photographs of the damage on his car, which was quite a new car and unmarked except for the nearside front quarter, the area that had hit my son’s car. There were scratches and scuffs clear to see in this area, as were marks in the paintwork and deformed bumper.

During the conversation the third party mentioned ‘checking his car’ when he got home that day, He even offered to pay for the damage to my son’s car.

He didn’t make good his promise, as he told my son the next day that the ” motor insurers were dealing with it.”

Since then, nothing has happened and my son’s motor insurer is simply saying that without the other driver admitting liability, they  can  do nothing. They added that as they have no costs to present to the third party insurers, there was little to be done, yet they have not asked or arranged to get a repair quote or assessment at all.

My son has sent the photographs of the damage on his car to his insurer, but they have ignored them.

How can I push my son’s insurer to do something useful?

If the other driver drove away after the hit and run, was he not committing an offence?

If my son’s motor insurer succeeds in a claim against the driver at fault, does that mean he could then be penalised for failing to stop and not exchanging details, as he would have admitted liability and the existence of the collision?

Any guidance would be appreciated as we are feeling quite alone in all this.

Please see our guidance article explaining how to prove liability in a roundabout accident claim.

To answer your questions in turn:

Although, your motor insurer will attempt to recover their outlay if the third party accepts fault – they will often not actively pursue a claim when liability is denied.

The situation is very different if your son’s motor policy includes legal protection cover, as here your son can claim on that aspect of the policy and have an insurance panel solicitor assigned to pursue the claim funded by his motor policy. This solicitor can claim even if the claim is classed as a small claim or only involves vehicle damage.

Please note that whether your son has a solicitor or not – your son can make a claim directly against the driver in his own right either at the small claims court or if injury has occurred with help from the Ministry Of Justice website.

Failure to stop and exchange details

This question is one for a criminal solicitor not a personal injury solicitor. However, from your description the police have been involved and do not seem to have taken action. Given the details have now been exchanged it is unlikely that the police will pursue this point further irrespective of the outcome of the civil claim.